Claiming to be “Australia’s newest and most exciting fitness brand”, new gym group Fitness Cartel has announced plans to grow to reach 30 locations in the next few years.

Having opened gyms in Maroochydore and the northern NSW town of Tweed Heads at the end of last year, and with a new club set to open in the northern Brisbane suburb of Aspley, Fitness Cartel advises that it offers “something new and fresh” to get members “motivated and staying on track”.

The brand also has a clothing range which it says is “designed to dominate the fitness industry”.

However, the brand name used for the new group uses a term associated with drug-trafficking organisations.

A press release published last week by Fitness Australia, entitled ‘The Cartel Is Coming!’, describes the “cheeky” brand name as being “cool and catchy”, and as having come “to light during the forced closure (of the Queensland/NSW border) with avid Gym goers wanting to sneak over the Border like ‘The Cartel’.”

The press release quotes Fitness Cartel founder Nathan James as saying “if you’ve ever dealt with a group of Mum’s in the Creche, well they are definitely the Cartel bosses.

“‘Cartel’ defines itself as a Group of people, dedicated to dominate the market, which is exactly what we’re going to do.” 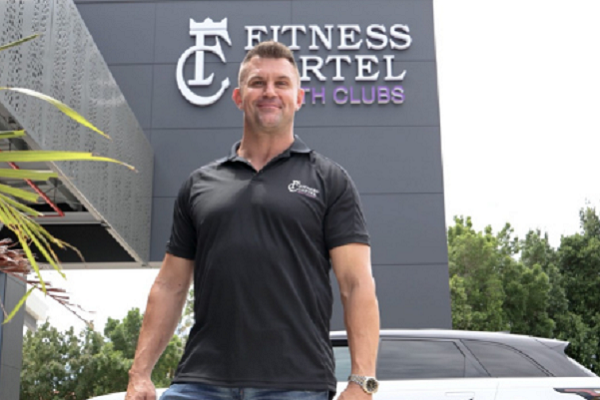 By contrast with James’ description, the Cambridge Dictionary definition of cartel is “a group of similar independent companies who join together to control prices and limit competition”, while the Merriam-Webster Dictionary adds “because cartels restrict competition and result in higher prices for consumers, they are outlawed in some countries.”

In recent decades the term has been associated with drug-trafficking syndicates, particularly those in South and Central America.

In the press releases, James, a former World Gym Australia owner and owner/operator of Genesis Fitness Clubs and Australian Sports Nutrition stores, stated “people are wanting something different rather than big box gyms and no assistance and poor service.”It’s daunting enough just starting, but people need that extra help not only to continue, but they also want results faster and ongoing support.

“So, we have added in the best equipment and biggest range, Les Mills group fitness, yoga, Pilates, functional training, cycle, separate comfortable training areas, plus a new system to guarantee results never seen in any Australian Fitness Club before, all whilst providing a much more comfortable and inviting place to call, your Fitness Home.

“Our strength lies within our team values and our WHY which is ‘providing a comfortable, feel good environment, which challenges, motivates and inspires results!’ Not only are we delivering a superlative atmosphere through our fit-out, but our teams are focused on delivering electric experiences at every interaction to our members.”

Fitness Cartel has not responded to a request for comment at the time of this article’s publication.

More information on Fitness Cartel opportunities can be found at www.fitnesscartel.com.au/become-an-owner

Asking a small favour
We hope that you value the news that we publish so while you’re here can we ask for your support?

The news we publish at www.ausleisure.com.au is independent, credible (we hope) and free for you to access, with no pay walls and no annoying pop-up ads.

However, as an independent publisher, can we ask for you to support us by subscribing to the printed Australasian Leisure Management magazine – if you don’t already do so.