Xiaomi and its brand Redmi are going to unveil a brand new gaming phone, part of the flagship series K40, and so far we’ve only heard rumors about the chipset. Today the brand took it to Weibo and revealed the Redmi K40 Gaming will be powered by a Dimensity 1200 chipset. 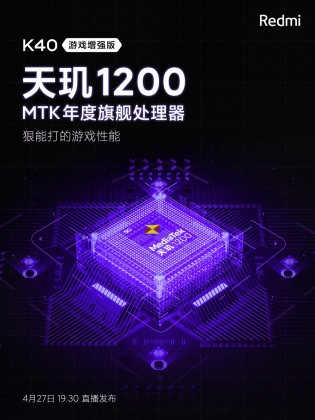 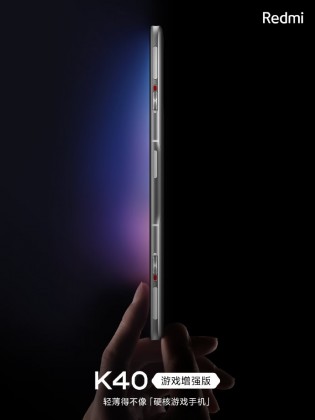 The Mediatek chipset, built on the 6 nm technology, is faster on paper than the flagship platform Snapdragon 888, powering the Redmi K40 Pro smartphones. The CPU brings one Cortex A78 unit at 3 GHz, three more at 2.6 GHz, and the third cluster of four units is Cortex-A55 at 2 GHz.

However, with this chipset and its fast processor, the Redmi K40 Gaming will miss on better architecture and smaller transistor size, which might lead to issues with resource and heat management.

Either way, this is Mediatek’s finest work so far, and we expect the gaming handset to perform rather smoothly, but we’ll know for sure once the Redmi K40 Gaming is announced next week.

Source (in Chinese) | Via